With Qatar holding the 2022 FIFA World Cup, a stadium to replace the Abmad bin Ali Stadium was required that met the exacting standards of football’s governing body, FIFA.

The previous Ahmad bin Ali Stadium did not meet the exacting standards of FIFA, and with Qatar having been chosen to host the 2022 World Cup, it was clear a replacement would be required. With the key being sustainability, an estimated 90 percent of the rubble from the existing stadium would be reused for either the new stadium or for public art projects.

The challenge was to meet the exacting standards that FIFA have, whilst ensuring that the stadium and nearby facilities would still meet the needs of the team, country, and their people in the era post-world cup, whilst delivering a sustainable solution. 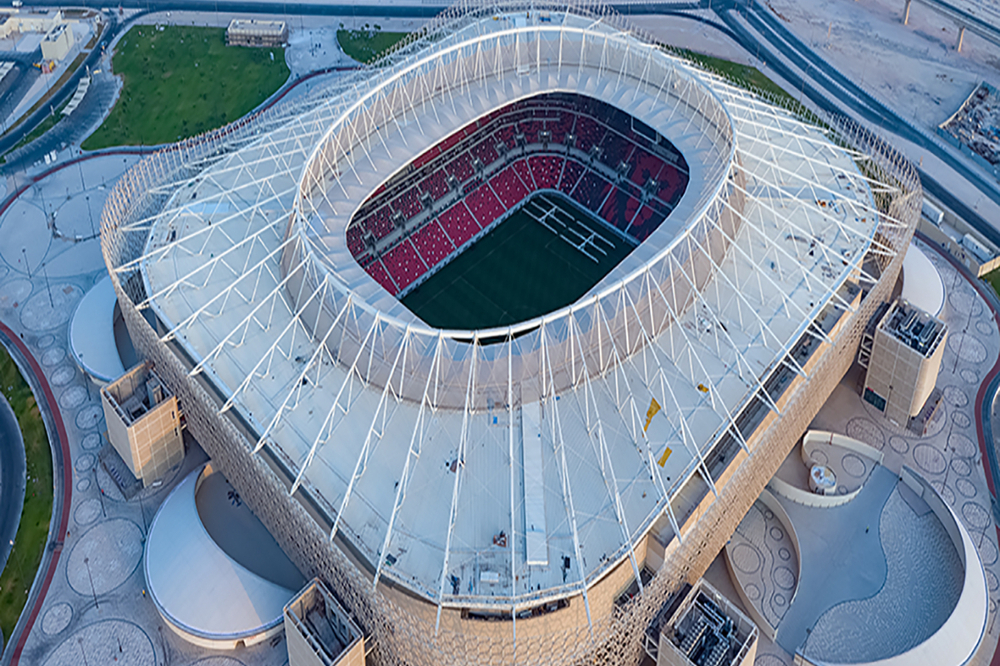 Working to the FIFA standards it was a requirement to ensure that the infrastructure, broadcast capabilities, and IT met the exacting standards that are required when holding such a prestigious event.

Closely working with the architects, all power needs, data distribution and AV/IT infrastructure were carefully integrated into the architectural elements.

The AV design included the large bowl screens at either end of the stadium, the broadcast infrastructure as well as the overlay broadcast infrastructure and OB truck connections, the control rooms including the private security for the Royal family, all hospitality areas, the LED ticker displays around the bowl, and the stadium wide digital signage. 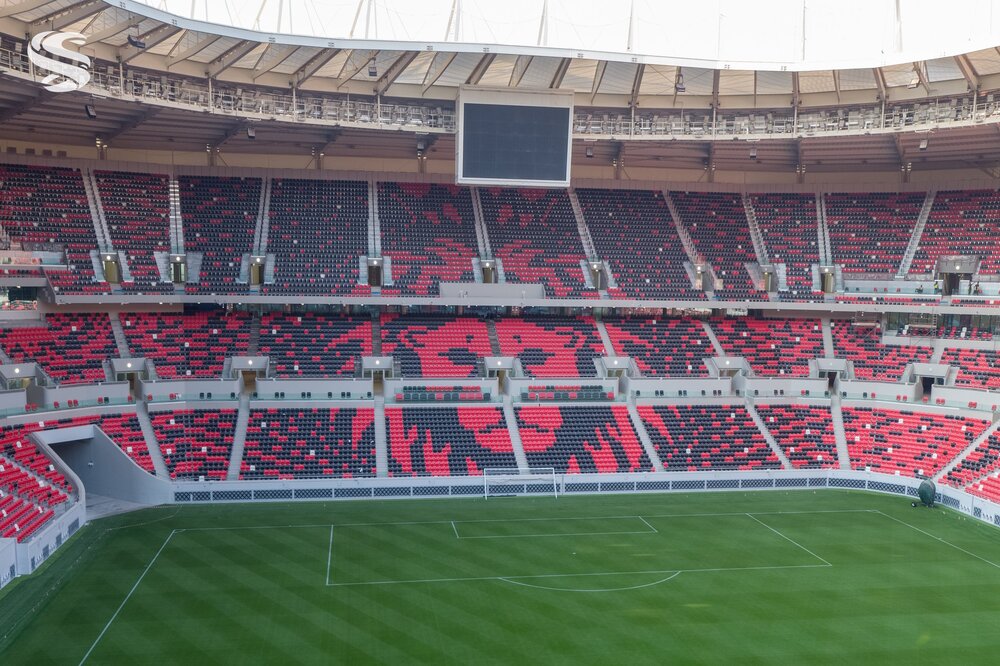 The stadium includes a huge “media facade” with a membrane that is designed to act as a screen for projections, news, commercials, sports updates, current tournament information, and matches. The finalised ELV design not only met the expectations of FIFA but also allows the stadium to be used post-World Cup for a myriad of exciting events.

The facilities surrounding the stadium also mirror the country, with sand dune-shaped structures recalling the beautiful wild lands to the west.

Stadium Al Rayyan / Ahmad bin Ali Stadium, built on the site of the venue with the same name, delivers on the demands of holding such a high-profile event whilst ensuring sustainability and useability far into the future.

This website uses cookies to improve your experience while you navigate through the website. Out of these, the cookies that are categorized as necessary are stored on your browser as they are essential for the working of basic functionalities of the website. We also use third-party cookies that help us analyze and understand how you use this website. These cookies will be stored in your browser only with your consent. You also have the option to opt-out of these cookies. But opting out of some of these cookies may affect your browsing experience.
Necessary Always Enabled

Any cookies that may not be particularly necessary for the website to function and is used specifically to collect user personal data via analytics, ads, other embedded contents are termed as non-necessary cookies. It is mandatory to procure user consent prior to running these cookies on your website.